Building High-Performance Application Servers – What You Need to Know

Using scalable and reliable software is vital for the success of any large-scale IT project. As increasing numbers of transactions are made, application infrastructure needs to stand strong and support that growth, and not be another source of problems.

This article elaborates on key findings that I have found during this journey. I humbly hope they will be useful for people who work in this exciting field.

The reactor pattern is the secret behind the success of NGINX, Node.js, and many other modern software programs. [1]

The event loop is built on top of a well-known POSIX functions such as select(), poll() or their modern alternatives epoll(). Another OS provides various methods how to achieve the same effect such as kqueue in BSD or macOS.

There are useful libraries that provide a handy boilerplate for reactor-based high-performance network IO, such as libevent or libev. [2] [3] The problem is elaborated in more details in older but still relevant article "The C10K problem". [4]

This architecture offers outstanding performance for two reasons - it offers UNIX design match and provides non-blocking IO operations. The application doesn't wait for the read or write to finish in IO non-blocking mode - it can handle other events in meanwhile. This is a secret sauce of how to deliver higher possible IO performance.

The reactor pattern matches the UNIX design, the application remains largely inactive and reacts only to input and output events that are propagated by the OS kernel to the userspace so the available system resources are utilised optimaly.

A common network protocol is bi-directional and full duplex, such as a TCP connection on lower layer or HTTP protocol on the higher layer. A TCP connection can exist in a half-closed state and still transmit data in the remaining open direction.

To deal with these situations, the application server should implement processing of inbound and outbound direction as much independently as possible. It is valid also for application servers which reply to the same network connection that has been used to receive a respective request. Think of the difference between an HTTP server and an HTTP proxy.

On top of that, the inbound and outbound are also the start and the end of an application transaction. The application server transaction starts with a read event that is initiated by an inbound network data, a read() system call, an application logic, and it ends at the outbound part.

Based on the write 'readiness', the transaction can perform so-called direct write() system call, or it stores outbound data in an outbound buffer. In the later case, a write() call is delayed till an event that indicates that underlying network is ready, arrives.

A production-grade application server has to deal with the bandwidth management particularly gateway-type of servers that sit between networks with different throughputs such as a data center network and a mobile network. As the outbound buffer grows, throttling provides a useful feedback loop for inbound event handling.

Satisfactory results can be seen in a quite simple approach, such as a temporal 'pause' of inbound read events when the outbound buffer reaches a certain size, coupled with a 'resume' action when outbound buffer size decreases under another threshold.

A common performance penalty associated with higher code complexity comes from the multi-thread nature of application servers. Threads have to fight one another for the locks and mutexes that synchronize access to various important resources such as memory, file descriptors, or event logs. Such a synchronization is vital for a proper application functionality but it takes a lot of availabile resources such as CPU capacity.

Because of these potential problems, I much prefer single-threaded designs. They scale more or less linearly and free from major types of race conditions - a common pitfall of multi-threaded network I/O apps. Another benefit is that the code is simple and straightforward.

Single-threaded designs are able to work parallel to each other, thanks to dedicated processes, also called workers. Each worker process is single-threaded and handles a portion of the application transactions.

A worker process can be easily restarted after some time, for instance if you needed to reduce memory fragmentation.

The application server also should avoid data copy operations as much as possible. Part of the protocol implementation could therefore be built as header/trailer add/remove. The data then stays in the same memory location during the whole transaction. Vectored I/O (scatter/gather I/O) is another effective method to help avoid unnecessary copy operations. [5]

A notable exception to this rule is encryption and decryption of the data, which is a copy operation by its very nature.

Surprisingly, logging operations can be costly in high-performance servers. Logs provide necessary insights into server operations, and therefore they shouldn't be sacrificed completely. However, some naive coders tend to accidentally introduce bottlenecks such as additional I/O operations connected with log file writes.

A more viable approach is to log into memory during an active application transaction and flush the memory in bigger chunks. This can introduce lags in the logging, but you can mitigate this problem by choosing a good flushing interval. 200ms is typically a good starting point.

All techniques described in this article are available in the open-source project LibFT or "Frame Transporter." [6] The project is accessible on GitHub, and I would be happy to receive your feedback about how you’ve got on with the project.

The most popular language in this area are still C, closely followed by C++, and Go. This is only logical, since you want to stay as close to the chip, "the Silicon" as possible. Higher abstraction languages such as C#, Java, or Ruby don’t work well, and may limit desired performance.

It is not that uncommon to see techniques that utilize assembler code. [7]

Another common theme is to optimize the architecture and code to the underlying hardware design such as network card or CPU. For example, aligning a network card queue with CPU cores can dramatically improve a network throughput. See article "How to receive a million packets per second." [8]

What you can expect in the future

I'm not going to stop here. There are many topics in this area that need to be explored. I've started with a protocol chaining that allows easy and standardized implementation of various layered protocols without impacting the performance, for example, the chain of TCP, TLS and HTTP. [9]

You can avoid this hassle by skipping a Linux network stack and dealing with raw packets directly in the user space. There are projects out there in this area, for instance DPDK. [10] This approach has to be combined with the user space implementation of the TCP/IP stack, which can cause plenty of problems. However, it's well worth the effort because the resulting throughput performance is outstanding.

The next logical step is to look at TLS implementation on top of such architecture because standard libraries such as SSL, that are part of OpenSSL, don't provide optimal tools for this kind of data traffic. [11]

TeskaLabs produces hi-tech software for you to build and operate high-performance, large-scale mobile and Internet of Things applications that run high-performance application servers. To find out more about our products, simply click on this link. Alternatively, you can connect with me on Linkedin to get all the latest updates and articles. 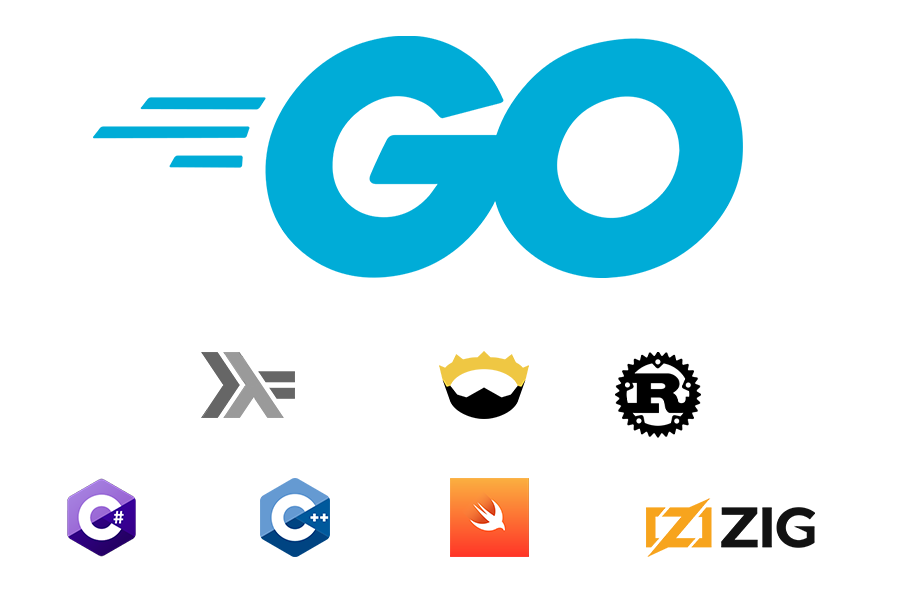 What compiled language for a backend development is the right one to move our technological stack to the next level? We've started to look around for a compiled computer language that will enable us to build microservices with higher performance. Now, don't get me wrong, we don't depart from Python at all. It is the extension of the portfolio. 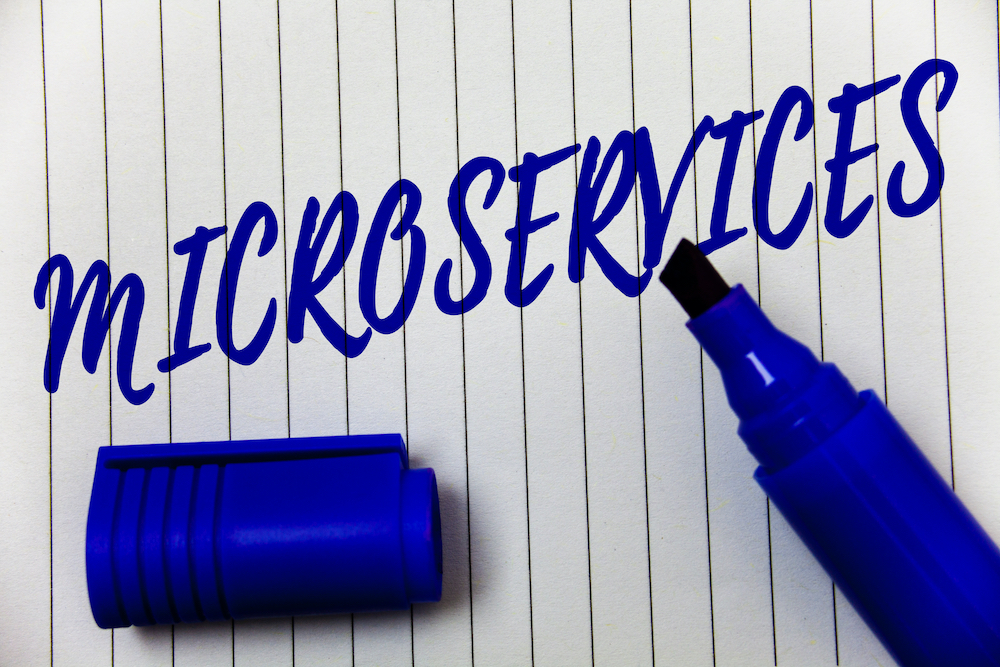 About microservices, coroutines, failures and enthusiasm. And most of all, about ASAB. ASAB is the first thing that probably every newcomer to TeskaLabs gets fond of. 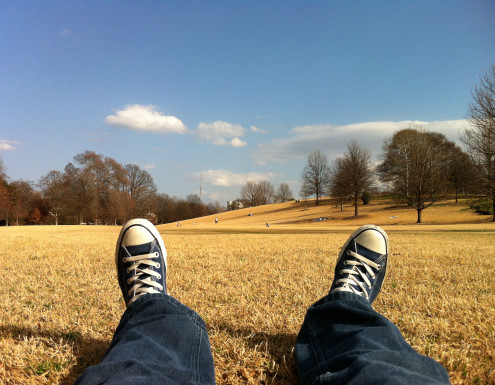 As the market with Cloud Computing and Mobile devices is getting bigger, there is another specific option available. It's called (Mobile)Backend-As-A-Service (BAAS) and it is extremely useful in situations we want to subscribe a complex backend service (alongside the core backend solution, there is usually a lot of additional functionality and statistics) and primary focus on development of client part of mobile apps for instance.